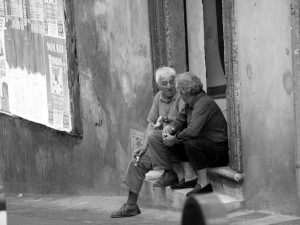 Introduction
The Learning Conversation is a teaching technique based on Pask and Scott’s work on Conversation Theory to support student-centred learning. It is an interactive and iterative process stemming from a problem-solving encounter. Its original application was to assist the dynamic process of human learning through the use of adaptive technology. The teacher (or machine) enters into a dialogue with the student and first explores the frames (pre-existing assumptions, understanding, perspectives and analytical approach) that eventually led to her conclusions or actions
It is based on the constructivist theory of education that individuals accommodate new information uniquely by integrating it into their own cognitive maps through the interaction with another individual’s point of view. This contrasts with the didactic approach where knowledge is assumed to be objective and is transferred passively irrespective of how the learner interprets or manipulates it. In this situation, the teacher tells the student what the ‘best’ solution is and leaves it to the student to later determine its potential usefulness or relevance.
The strength of the Learning Conversation is that it may uncover preconceived notions that potentially block further understanding of new concepts. It also allows the student an opportunity to reflect on contradictory points of view, absorb the lessons and ‘work-through’ alternatives. It can also establish a non-judgemental environment that may otherwise inhibit effective learning.
The following scripts apply to simulation team-based training but could be adapted to other problem-solving activities.
Open-ended